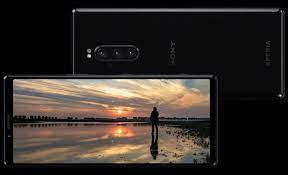 Sony begins 2019 updating its mobile catalog: starting with the Sony Xperia 1 , which beyond its own novelties as the flagship of the brand is a renewal in terms of the way in which the brand names its high-end phones . It’s time to say goodbye to the Xperia XZ, and hello to the new Xperia 1.

But the Sony Xperia 1 does not come alone. In addition to this new high range, we also have a renewal for the part of the mid-range, with the Xperia 10 Plus and Xperia 10. To close the Xperia mobile catalog update during this MWC 2019 , comes the Xperia L3, a range of entrance focused on the public looking for a single terminal.

This renewal of Sony’s mobile catalog takes place at a time when the smartphone market is experiencing what many already consider a new revolution: between folding screens and 5G, we had not seen so many significant new features for a long time. generation to another in the flagships of the manufacturers. Sony does not want to be less, and also introduces in its way notable developments in its high-end, the Xperia 1.

The Sony Xperia 1 comes to be the successor of the Sony Xperia XZ4, and to begin with it surprises introducing a screen format of 21: 9 which, in practical terms, is equivalent to a panel much longer than usual. If a 19.5: 9 screen is already extended, we can assure you that this 21: 9 panel that we have already had the opportunity to test is even more so. Immersive experience in its maximum splendor.

The idea of ​​the screens of 21: 9 goes precisely there: to make you enjoy even more of a multimedia content – series or film, above all – both from the point of view of the scene, in the sense that you can see more of what there is around the protagonists, as from the pure sensation of seeing a content on a really big screen. In Xperia 1, which we have not mentioned before, we have a 6.5 “screen.

Sony pampers every year the multimedia section of their phones, and with this Xperia 1 was not going to be less: we are facing an OLED panel with HDR that, thanks to the experience of the Japanese brand in terms of its television division, comes to offer good image quality in all situations. Oh, and let’s not forget its resolution: 3840 x 1644 pixels.

To offer the best image quality for the most purist of this world, Sony has introduced in this mobile what has been called as Creator mode, which is an image mode that respects the colors of the content exactly as they wanted to represent the director.

In any case, a good screen is useless if it is not accompanied by a sound to match: in the Xperia 1, we have two stereo speakers with Dolby Atmos , designed to offer a good experience through both the sound that is emitted precisely by Those speakers like using headphones – either by cable or by Bluetooth 5.0.

Let’s go to the section of the camera. We are facing a triple camera that adds to the trend of offering, in addition to the main sensor (26 mm), a telephoto sensor of double magnification (52 mm) and a wide-angle sensor (16 mm), the three 12 megapixels each one. This year, with the exception of Google, there is no manufacturer willing to miss the opportunity to incorporate at least two cameras in their photographic set.

In this regard, in addition to introducing compatibility with third-party applications to save photographs in RAW format, Sony has updated its flagship with a new feature called CinemaPro: allows you to create professional videos with your own mobile camera, adding custom settings in the color of the image, among other parameters. There is also the eye tracking functionality, which guarantees the subject’s focus on the scene at all times.