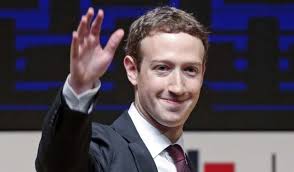 When Snapchat introduced the “Story” function in 2013, it was regarded as particularly new and innovative. The Snapchat-typical short-liveness of the content created by the users was a tremendous attraction, especially among younger generations.

When several months ago Instagram copied the function more or less 1 to 1 and incorporated into the app, suddenly a huge competitor in the social media sky suddenly grew. Even now, more people use the new Instagram function as a snapchat overall user has. Only with the innovation mentioned at the outset does this not have much to do.

Also not the brand new “status” feature of Whatsapp (see here, lower third). Just like Snapchat “Stories” and Instagram “Stories”, “Status” provides a series of images and videos in chronological order, with a durability of 24 hours.

Instagram and Whatsapp are both parts of the Facebook empire. And with “Messenger Day” (Facebook Messenger) and “Facebook Story”, there are probably two more story clones of the social media giant in the starting holes.

What Is Whatsapp’s Status?

Besides the feature to be mostly a copy of the function of another app, Whatsapp “Status” provides a few, small, exclusive features and features. Whatsapp is known to only communicate with people who have the handy number of the other.

Therefore, you can only view the status or the story of a person who is stored in his own directory. In addition, the end-to-end encryption, which is supposed to make normal messages via Whatsapp allegedly spy-secure, has been adopted into the status function. What status should also stand out from the other services: Gifs can be integrated into the story. Hat off, Whatsapp.

But why all this? Why does Facebook copy so vigorously and so often the function of a competitor? Does the giant from the Silicon Valley not compete with it? For the many clones, I see several reasons.

Back To The Roots

The opportunity to disclose its status at Whatsapp is anything but new. Strictly speaking, it is the first function WhatsApp contained almost eight years ago.

The possibility of sending messages came later. Whatsapp started out as an app, which made it possible to tell your friends and acquaintances what you are doing. In the form of a short sentence, all contacts could read.

Now the function is advanced one step further. Images and videos (and gifs) can now be included in the status. But basically, the messenger remains true to his roots.

By the way, WhatsApp returns to its roots in the next update. The old text version of the state, which had to yield to the new Snapchat clone, will soon be reintroduced.

The Revenge Of Mark Zuckerberg

Just over 3.5 years ago Facebook tried to buy Snapchat for 3 billion dollars. The surprise was relatively large when Snapchat refused. After all, the makers behind Instagram and Whatsapp could not resist the scent of money.

The new story clones now seem like a later retribution by Mark Zuckerberg. If Snapchat does not want to buy, then they are destroyed in the tough competition and copying individual functions, even if that may appear so bold.

Snapchat is still considered unbelievably innovative and, unlike Facebook’s platforms, as the cooler and younger social media service on the market. Whoever actively uses Snapchat is cool. Facebook, Instagram, and Whatsapp, on the other hand, are older, more established, and perhaps somewhat more difficult, but have a much larger user community.

The copy of an innovative function of the fresh competitor seems to be economically reasonable. The massive success of the Instagram Stories is obviously the right strategy.

A Decline In Facebook’s Timeline

A study of the marketing platform MAVRCK, which accounts for nearly 25,000 Facebook posts, shows that Facebook’s Timeline has a decline in the activity of its users. In 2016, contributions to Facebook were 37.47 percent less commented and 27.8 percent fewer than the year before.

So far, there is no great cause for concern. Many changes in the activity are also due to the ever-new changes in the algorithms. However, 2016 users also posted 29.49 percent less content on Facebook. The social media giant thus threatens to become a platform for disseminating professional content such as news and marketing content from social media departments.

The less normal users fill the platform with life, the less attractive it becomes. The story function is supposed to help Facebook (later) and its various services (already now) to more user activity and bring back more private content.

In addition, a drop in the activity on the Facebook Timeline also means the risk of being less attractive to advertisers in the future. A decline in sales appears to be at least possible.

Thus, in-house services such as Whatsapp have to be changed so that the 1.3 billion active users per month in the future to lead more money and can counter a possibly weakening timeline financially.

How could a stronger monetarization of the service look like? By offering exclusive gifs and filters to ordinary users and advertisers, similar to the (advertising) filter on Snapchat.

The Agony Of Choice

So there are a few handy reasons for Whatsapp and Facebook to copy the “Story” function of snapchat. Whether the simple continuation of an already existing function, injured pride and late revenge or purely economic motivations: The step seems to some or one perhaps shameless but is just as consistent and logical.

However, users are now spoiled for choice. Snapchat, Instagram, Whatsapp and soon maybe Facebook and Facebook Messenger. In the end, personal preferences decide about the preferred story platform (or this post). For a bit, the services are already different from each other. 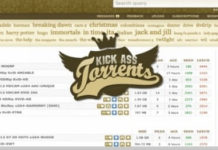 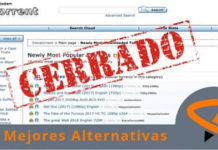 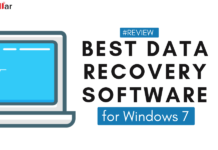 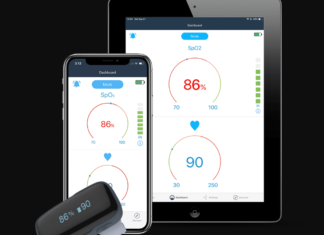 The Role of Modern Gadgets in Healthcare During the Pandemic

Akansha Reddy - January 6, 2021
0
The ongoing pandemic has affected our lives drastically. Life would never be the same now. Social distancing is the most prevailing term...