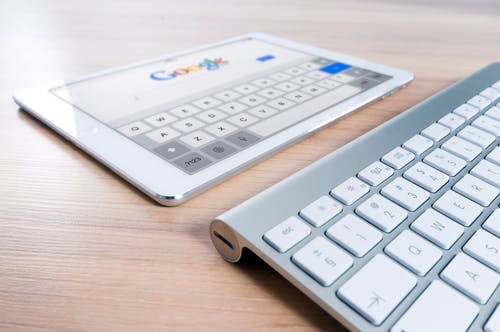 Technology is advancing faster than ever. Business owners who fail to keep up with the latest technological trends run the risk of being left behind. Understanding these trends allows you to seize valuable opportunities and gain you a competitive edge. In this post, we take a look at some of the latest technological trends in the business industry to help you improve your business.

Although these technologies have been around for a while now, they have been used mainly for entertainment purposes. Some popular examples of the application of these technologies include the VR headset for video games and smartphone features such as camera filters. However, both VR and AR are expected to play an increasing role in the business industry, particularly for training and simulation. They also offer business-owners new ways to interact with customers.

Robotic Process Automation (RPA) is an emerging technology that is automating jobs. It refers to the use of software to automate repetitive business operations or tasks like interpreting applications, processing transactions, and responding to emails. Although RPA threatens the livelihood of many knowledge workers, it is also generating new career opportunities that pay well. These include jobs for developers, project managers, business analysts, solution architects, and consultants. The average salary for these jobs stands at $81,447 per year, with the top 10% earning over $172,000 annually.

Edge computing is a trend to watch that is designed to eliminate the latency problems that come with cloud computing. It is capable of processing time-sensitive data even in remote locations where there is limited or no connectivity to a centralized location. In such situations, edge computing takes the role of mini datacenters. This technology should soon become mainstream with the increasing popularity of Internet of Things (IoT) devices. It is expected to generate jobs, mainly for software engineers.

Blockchain technology has existed for quite a while, but the term is still very obscure to non-tech-savvy companies. However, that is all expected to change soon.

Blockchain is a digital ledger that is used to record transactions securely since it is encrypted and decentralized. Some have argued that the technology is overhyped and not as useful as others make it out to be. However, big companies like FedEx, IBM, Walmart, and Mastercard have made continued investments. As soon as it starts showing real-world results, smaller businesses are expected to adapt to the trend.

Cybersecurity has been around for a while, but it remains to be a technology that is continuously evolving. This continuous development is because of the constant threats that hackers present. New technology is also being adopted to improve cybersecurity. As long as there are hackers, cybersecurity will remain as an emerging technology.

There is also a high demand for cybersecurity professionals. Millions of cybersecurity jobs will be left unfilled in the near future. Roles that range from an ethical hacker to chief security officer pay six-figure incomes and offer a promising career path.

In the coming years, more and more tools and devices that are equipped with computer vision are expected to roll out. The technology is already essential to the way autonomous cars navigate through traffic and will soon be used by product lines to watch for defective products or equipment failures. It also enables security cameras to alert the users on anything suspicious without the need for around the clock monitoring.

While it is unlikely that autonomous vehicles will start hitting the streets anytime soon, they are expected to progress to a point that will generate much excitement.

Tesla has announced that they expect to create a truly complete autonomous vehicle by this year. The company has also stated that vehicles capable of operating with a lesser degree of autonomy will become an increasingly common sight.

Changes to laws, existing infrastructure, and social attitudes are expected to come before autonomous driving becomes a practical reality. Debates among regulators and legislators should start soon as more and more people come to terms with the idea of autonomous driving.

The fifth generation of mobile internet connectivity provides ultra-fast download and upload speeds and more stable connections. It first became available this year and is expected to become mainstream soon as compatible devices start rolling out. The increased bandwidth allows machines, robots, and autonomous vehicles to collect and transport data faster than ever, leading to advancements in the field of IoT and smart machinery.

Artificial Intelligence (AI) refers to computer systems that are designed to mimic human intelligence and perform tasks faster and more accurate than humans. It remains to be one of the technological trends to keep an eye on as it continues to develop and evolve. Although it already has a significant impact on the way we live, work, and play, its development is still in the early stages.

Today, five out of six Americans use AI services daily in one form or another. These include smartphone personal assistants, navigation apps, streaming services, ride-sharing services, and smart home devices. Additionally, AI is currently being used in the business industry to schedule trains, assess risks, and improve energy efficiency.

Machine Learning is a branch of AI that allows computers to learn a task they are not programmed to perform. They learn by figuring out patterns and insights from data. There are also two subsets within the domain of Machine Learning: natural language processing (NLP) and deep learning. Both subsets provide an opportunity for specializing in a career field in a market that is expected to grow to $8.81 billion by 2022. Web search results, real-time ads, and network intrusion detection are all being powered by this technology.

Although tons of technological trends continue to emerge and develop, these ten stand out in terms of offering promising career paths today and for the foreseeable future. These fields are suffering from a scarcity of skilled workers, which means you could get on board in the early stages of their development. All you need to have is a positive mindset and the right skills. In a different light, you could also take advantage of these trends to boost your business.

Which among the technological trends on this list do you look forward to the most? Are you planning to integrate any of these technologies to your growing business? Let us know in the comments section below! 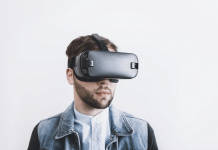 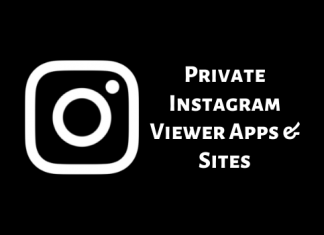