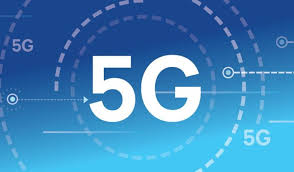 The next generation of wireless technology, known as 5G, is just around the corner, and promises to change our lives forever.Or, at least, that’s what the wireless telephony industry tells us, which is driving this technology a lot.

There is little doubt that the 5G network – the next-generation wireless standard that promises ultra-fast speeds with almost no latency – is the key technology that will change the rules of the game by 2019. But how many compatible 5G devices will we see this new Year? And how disruptive will they really be?

While most companies will retain the presentations of their phones for the Mobile World Congress event that takes place in Barcelona at the end of February, they expect to see Chinese phone manufacturers like Huawei use the attention they have in Las Vegas to make a wink Meanwhile, chip makers such as Qualcomm, Nvidia and Intel will likely promote their best proposals for 5G, while operators such as Verizon and AT & T will talk about 5G plans during their presentations and speeches that will be offered throughout the week.

Since Verizon said it was the first large telecommunications company to deploy field tests of 5G technology three years ago, the excitement that has generated the promise of this technology continues to grow.

But do not think that the arrival of this network is just about supercharging the connection of your cell phone to the network. Considers that the 5G network is the technology that will allow autonomous vehicles to communicate with each other, or that people can wirelessly transmit virtual reality content in high definition through their VR lenses.

It is the next (fifth) generation of cellular technology that promises to greatly improve the speed, coverage and responsiveness of wireless networks. How fast are we talking? Think about 10 to 100 times faster than your current cellular connection, and even faster than anything you can get with a fiber optic cable in your home. (You can download a full season of  Stranger Things  in seconds).

Is It Just About Speed?

No. One of the key advantages is something known as low latency. This term is mentioned a lot. Latency is the response time between when you click on a link or start streaming a video on your phone, send the request to the network, and when the network responds and takes you to the link’s website or starts playing your video.

The waiting time can last about 20 milliseconds with the current networks. If you are wondering how fast 5g network really is compared to other networks you should check internet speed using speedcheck.org. It does not seem to be much, but with 5G, the latency is reduced to 1 millisecond.

That responsiveness is key to things like the reproduction of intense video games in virtual reality or so that a surgeon in New York can control robotic arms that perform an operation in San Francisco. However, the latency is affected by the range of the connection.

How Does It Work?

5G, initially, used a spectrum of super high frequency, which has a shorter range but greater capacity. But, due to range and interference problems, operators are beginning to explore a lower frequency spectrum (the type used in today’s networks) to help carry 5G at greater distances and through walls and other obstacles.

Are There Other Advantages?

Yes. The 5G network is designed to connect to a greater number of devices than the traditional cellular network. For example, 5G will help boost the Internet of Things devices, be it a collar for your dog or a refrigerator.

The 5G network is designed specifically to deal with equipment that is used by industries such as agriculture or ATMs. Beyond speed, it is also designed to work differently in connected products that do not need a constant connection, such as a sensor for a fertilizer. That kind of low-power scanners are designed to run on the same battery for 10 years and still be able to send data.

When Does 5g Arrive?

Verizon will launch the world’s first “5G” service in October. But this is a technicality. The service is not mobile, but a replacement for fixed broadband. An installer has to place special equipment that can pick up the 5G signals and turn them into a Wi-Fi connection at home so other devices can access it.

There is also some debate about whether the Verizon service qualifies as 5G because it does not use the standards that the industry has agreed upon. The company wanted to move forward and used its own technology. Verizon says that speeds, ranging from 300 megabits per second to 1 gigabit per second, make the service eligible to carry the 5G designation. His rivals and even experts from the chip maker Qualcomm deny this claim.