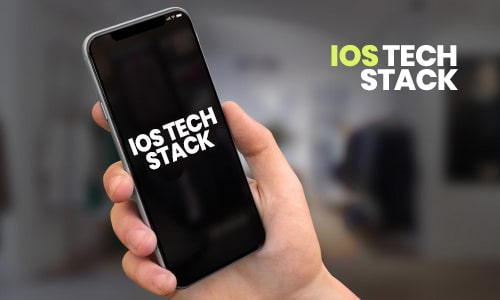 50% of the startups fail in their first 4 years and not addressing market needs is one of the most common reasons behind their failure. Mobile application development is the need of the hour of almost all kinds of startups. With the help of mobile applications, your potential customers can access your services with just a finger tap. But, mobile app development is not an easy mission.

Bringing a mobile app idea to execution, engaging your potential customers to your mobile app, and driving a good profit can never be an easy task for many businesses. In maximum cases, mobile app developers enjoy creating challenging applications in order to lure their tech-savvy generation and can easily prove their technical mettle, but often their goods and services backfire owing to poor choice of technology stack.

After considering the fact that competition in the mobile app development market is surging like never before, placing a buggy or off-putting application offering based on old and outdated technology stack is really a bad idea- it can also tarnish your reputation and divert your profit to your competitors in the industry.

In order to rein hurting your brand value and offer bigger than ordinary experiences to your potential customers, it is a must to vet carefully and select the best stack for technology for the smartphone app development. Your decision will help you streamline a mobile application with the right back-end and front-end, alongside looping the desired aspects of efficiency, robustness, and security.

There are a plethora of elements that depend on the selection of the right technical stack for mobile application development. The likelihood that your mobile application will be robust or will be able to expand on various versions of their operating system, is totally dependent on the combination of technology you select to develop.

Any wrong decision, not calculated with regard to selecting anything but the best technology stack for mobile applications, can adversely affect its performance and future growth prospects. While these are the problems that are attached to a deeper level, which you will only encounter when you are involved in the development of mobile applications, there are a plethora of first-level issues associated with the wrong selection of the smartphone application technology stack as well.

While being compared with Java, Kotlin is fairly new app development technology, making a worldwide appearance in the year 2011. This app development programming language can be deemed as a perfect solution that blends power and simplicity, and is supported by JetBrains, with a plethora of third-party contributors.

Along with being a popular object oriented programming language, Kotlin creates an exceptional choice for functional application programming by supporting various high end functions and lambadas. In addition to this, it makes Android mobile app development easier by speeding up various day-to-day tasks of development.

Nowadays, Kotlin is emerging as a go- to option in order to enable mixed-language projects. Here are some of the top benefits of using this as an alternative to Java-

You can also expect more growth of Kotlin programming in this coming years!

Based on the C programming language, Objective C is a High-Level Language (HLL) that was used for creating iOS based mobile apps before the inception of the Swift technology. Created in the mid-1980s by Stepstone, this is a superset of the C language and is widely chosen by several mobile app development companies in India and rest of the world to write mobile apps for Mac, iPhone, Apple watch, iPad, and more similar devices. The prominent reasons for picking Objective C for iOS app development includes-

Swift is a multi-paradigm open source iOS mobile app development language, which is widely used for creating top-performing OS X and iOS apps. This young-age technology is becoming most popular and top rated technologies among iOS mobile app developers. According to the Stack Overflow’s 2018 survey, it is suggested that Swift is getting a lot of preferences from the professional developer community-

Many application development companies are planning to hire dedicated Swift developers in order to deploy and design the best iOS based software products. It is possible that this programming language can soon reach the top of the mobile app development charts.

That being said, let us now discuss about some of the most frequently used hybrid app development frameworks in order to fuel the development process- Apache Cordova & Adobe PhoneGap, Sencha Touch 2, and Ionic.

Adobe PhoneGap & Apache Cordova is a web-based hybrid mobile app development framework which is widely used to create cross-platform mobile applications using hyper text markup language. As a matter of fact, this framework offers the main strength to the PhoneGap; which happens to be a perfect distribution of Apache Cordova. In addition to this, it can also be used to create mobile applications that are native to Android, iOS, and Windows by using a combination of web app development technologies. It lets website designers to create develop a mobile app by creating use of the properties of the local gadget assets.

Sencha Touch 2 is one of the most efficient and popular hybrid mobile development frameworks that blends the features of multiple mobile app development technologies such as JavaScript, HTML, and ExtJS. This framework is an ideal choice to create dynamic mobile apps that work on iOS, Android, BlackBerry, Kindle Fire, and many more. In addition to this, if anyone wants to roll out a complex hybrid mobile application with an interactive user interface as that of a native mobile app, Sencha Touch 2 is the ultimate option!

Ionic
Ionic is an Angular-based hybrid mobile app development framework that empowers mobile app developers to create versatile and powerful mobile applications boasting a unified feel and look. As your know that around 47% of users expect their web or mobile app to load in 2 seconds or less and Ionic can help you in that way due to its optimized coding and high performance. It is an open source framework and 100% free, and a fitment to design basic native like functionalities for a mobile app in order to run on different operating systems and devices. Just design a mobile application once, and deploy across different iOS, Android, and Windows devices. The key benefits of using this framework comprise-

Let’s talks about the cross-platform mobile application development which is an intermediate programming language, such as JavaScript which is widely used for such kind of development which is not native to the operating system of devices. This opens up various ways to share a common code (around 80% to 90%) across different targeted platforms, thus saving the overall efforts, development time, and costs. There are two technologies, Xamarin and React Native that are largely used to mimic the functionality of native mobile apps, learn about them here-

Created by mobile app developers at Facebook, this is a wildly popular Open source javascript framework, much loved for building exciting mobile applications that are supportable by both iOS and Android. This new-gen React technology makes it easier to create a class user interface and provide a seamless user experience to the end users, which altogether contributes to boosting brand value and driving profits.

There are a plethora of reasons to hire React native Developer for your cross-platform mobile app development, but top-most perks can be listed here-

Xamarin is one of the top rated technology stacks which is being used for the development of native cross-platform mobile applications. Xamarin app developers can write code in languages like .Net Framework and C. Once the code is in place, it’s compiled with the native Android UI or iOS UI. Here are the top advantages that whirl around Xamarin mobile app development:

Xamarin is now emerging as one of the major players of cross-platform app development services. This framework is best-suited for those app developers who are fond of Microsoft technologies and products. 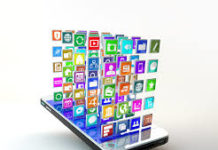 Why Your Business Should Launch a Mobile App 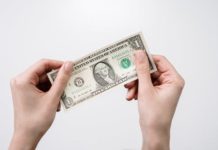 Why Financial Literacy Can Help You Overcome Debt Problems: Review By Ladder Advisors 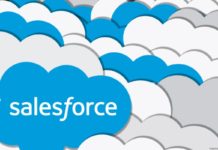 What Is Salesforce Administration Training 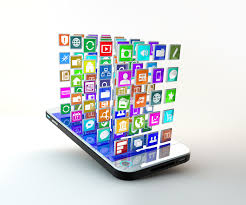 Why Your Business Should Launch a Mobile App

Akansha Reddy - March 31, 2020
0
If your business doesn’t already have a mobile application, it’s time to consider enlisting a development team to get it up and...

All You Need to Know About Rocket League

The Growing Trend of Online Streaming and OTT Platforms in India

Why Financial Literacy Can Help You Overcome Debt Problems: Review By...