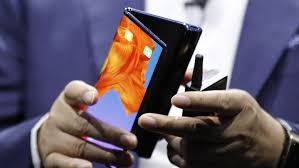 In earlier times, people used to consider houses, food, and clothes as a necessity. With time, things changed and mobile phones became an important part of everyone’s lives. Many new companies have emerged in manufacturing mobile phones with unique and amazing features. TCL is a promising company which is very popular in the field of technology and smartphone. Along with many shops, there are many online websites where TCL 10L España is available at a great deal.

With a 6.47-inch curved display and teardrop notch, TCL 10 Pro has made a grand entry in the market. Its dimension and weight are 158.5*72.4*9.2 mm and 177g respectively. The display engine adds more features to the display. Along with 6GB RAM, there is an added 128GB UFS 2.1 which gives the user enough space to store as many files on their phone. There is also an SD card which gives up to 256GB. The charging capacity of the phone is 4,500 mAh. When the phone is 50%, it will run up to 35 minutes or more. Another important feature to look forward to is the camera and its features. With four different rear cameras, the user gets different sets of features related to the camera. The primary, secondary, tertiary, and quarternary is 64MP, 16MP, 5MP, and 2MP respectively. In the case of the front camera, there is a 24 MP camera with a teardrop notch feature. There is a fingerprint scanner when the phone is on display.

Along with the simple Bluetooth feature, there is a super Bluetooth and Bluetooth 5.0 which makes the transferring process easier and faster. The audio of TCL 10 Pro has an amplifier of NXP TFA9890 which also comes with a mono speaker at the bottom of the phone. The user interface is based on Android version 10 but FOTA has upgraded it to Android version 11. Due to the upgrade, there will be an addition to the number of applications and features on your phone. At the time of connection, there are three options- GSM, HSPA, and LTE which depend on the user. It has been launched in Australia, Europe, and the US at a great value.

Another creation of TCL which comprises amazing characteristics is known as TCL 10L. This has helped users who are looking for other options other than TCL 10 Pro. The weight of this phone is 180g and the dimensions are 162.2*75.6*8.4 approximately. As the display feature of TLC is very popular and impressive, the user does not have any reason to doubt the displaying feature in any of the mobile phones by them. The display of the mobile is 6.53 inches with 395ppi. In place of the teardrop notch display as in TCL 10 Pro, there is a hole punch in the top left corner. The backside of the phone is made of gorilla glass. It is more preferred by users who consider storage as a priority. There is 6GB RAM plus 64GB EMMC along with 6GB and 128GB UFS. The users have also been given a storage capacity of 256GB in the SD card. You do not have to worry about the storage and download as many files and applications in it.

The charging capacity of this phone is 4,000 mAh. As compared to TCL 10 Pro, battery quality is very better in TCL 10L due to the LCD panel. The camera in the primary, secondary, tertiary, and quarternary has 48MP, 8MP, 2MP, and 2MP respectively. At the back, two flashlights help in enhancing your pictures in the dark also. The front camera has one hole punch with 16MP. Instead of a fingerprint scanner on the display, the scanner is at the back of the phone. The system of TCL 10L is based on the 10th version of Android. Due to the Snapdragon 665, the performance of TCL 10L is fast and super effective.

The selection between TCL 10 Pro and TCL 10L depends on the user and the features they are expecting in their mobile phones. The value of both phones is different which can also change the decision of the users. People with a tight budget go for TCL 10L which is cheaper than TCL 10 Pro. 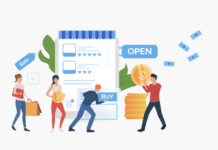 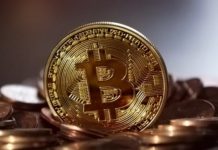 Embrace The Future With Bitcoin